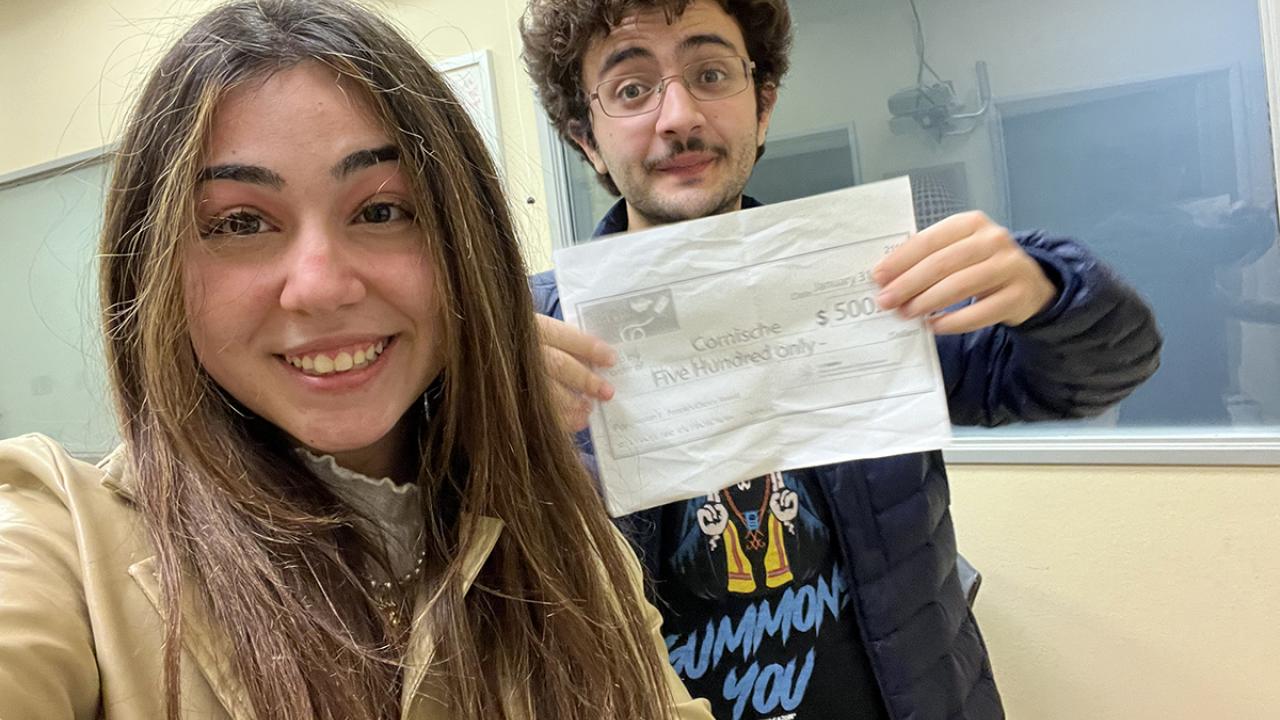 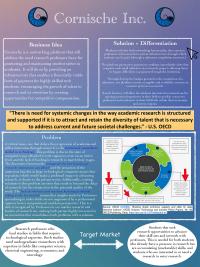 Cornische is on a mission is to solve a critical problem with research in academia, specifically the shortage of talent in research due to the lack of pay when compared to the private sector. The disconnect between the comparatively low hourly pay research institutions can afford and the attraction of the numerous benefits in large technological companies means that top talent—which would make a profound impact in advancing research—is often drawn to the private sector. There is a need for financial incentives to draw skilled students into research to move studies forward and contribute to scientific developments.

Cornische plans to solve the attrition of researchers skilled in technology with a platform based on a milestone payment basis. Each of the research project's milestones, determined by the professor, are defined by a set of required deliverables and have a pre-determined payment for on-time delivery. If the project's student researcher completes the milestone in less than the assigned time, they would receive greater pay than on an hourly payment structure. Upon completion of a milestone, the students are paid immediately and transparently through Cornische.

The disconnect between the comparatively low hourly pay research institutions can afford and the attraction of the numerous benefits in large technological companies means that top talent, which would make a profound impact in advancing research, is often drawn to the private sector.

Cornische has taken initiatives to gain funding for the company to hire computer engineers for handling student data as well as a lawyer for the legality of the organization. We have joined the PLASMA program at the UC Davis Student Startup Center, which connects us to four mentors (some of whom are investors) and helps us curate an efficient demo to pitch the company. At the 12-week program's conclusion, we will pitch Corniche to investors. We have also registered for several startup competitions, including the UC Davis Big Bang! Business Competition and the Elk Grove pitching competition.

Cornische plans to learn more about the research market. Our startup's milestones consist of identifying three professors ready to test the platform before it launches in April 2022, one of whom has split his study into milestones that total for a contract of $10,000. The platform has the support of the UC Davis Undergraduate Research Center as well as Professor Lee Miller, who has joined as the chief scientific officer. This faculty support will allow Corniche to reach a network of research professors from various departments, which will enable us to secure our goal of seven contracts before we launch. The UC Davis Academic Senate Office has confirmed that Cornische could use the milestone payment method, which allows the company to continue implementing its vision.

Cornische is implementing the advice given by the January 2020 Little Bang! competition judges. We are creating a pitch deck, which will be more readable and less word-heavy than the Little Bang! poster. In addition, in our pitch we now focus on outlining our solution and our plan to implement it rather than discussing the problem extensively. Corniche has made great traction during the last several months, and we are building on this for the May 2022 Little Bang! competition.

From Student to Founder

Growing as an Aggie Innovator